All entities move and nothing remains still.

13-track album on Photic Fields, containg a remix by Wisp. Released as CD (edition of 125) and digitally.

Words from the label: “Vertical67’s 13 track debut CD album including a remix by Wisp (Rephlex Records). Thomas Pahl, aka Vertical67, steps up with a full album after a few EP’s on labels like 100% Silk and Lunar Disko. Yet the longplay format surely isn’t new to him, as his albums, dating back from 2008-2009 on Acroplane Recordings, prove. With Panta Rhei however, the analog guy from Berlin finds himself in a more calm, serene mood. Pahl made his interest in ambient music clear at an early stage with his ‘The Coloured Chaos’ project. While that project was based around the use of samples and a guitar, the project here is about synth driven textures. A versatile selection of 12 beautiful and very personal tracks. Deep, melancholic moods are present, as well as more lightweight and uplifting moments. To top off this project, Thomas’ friend and acclaimed producer Wisp (of Rephlex Records fame) delivers a remix of the opening track” 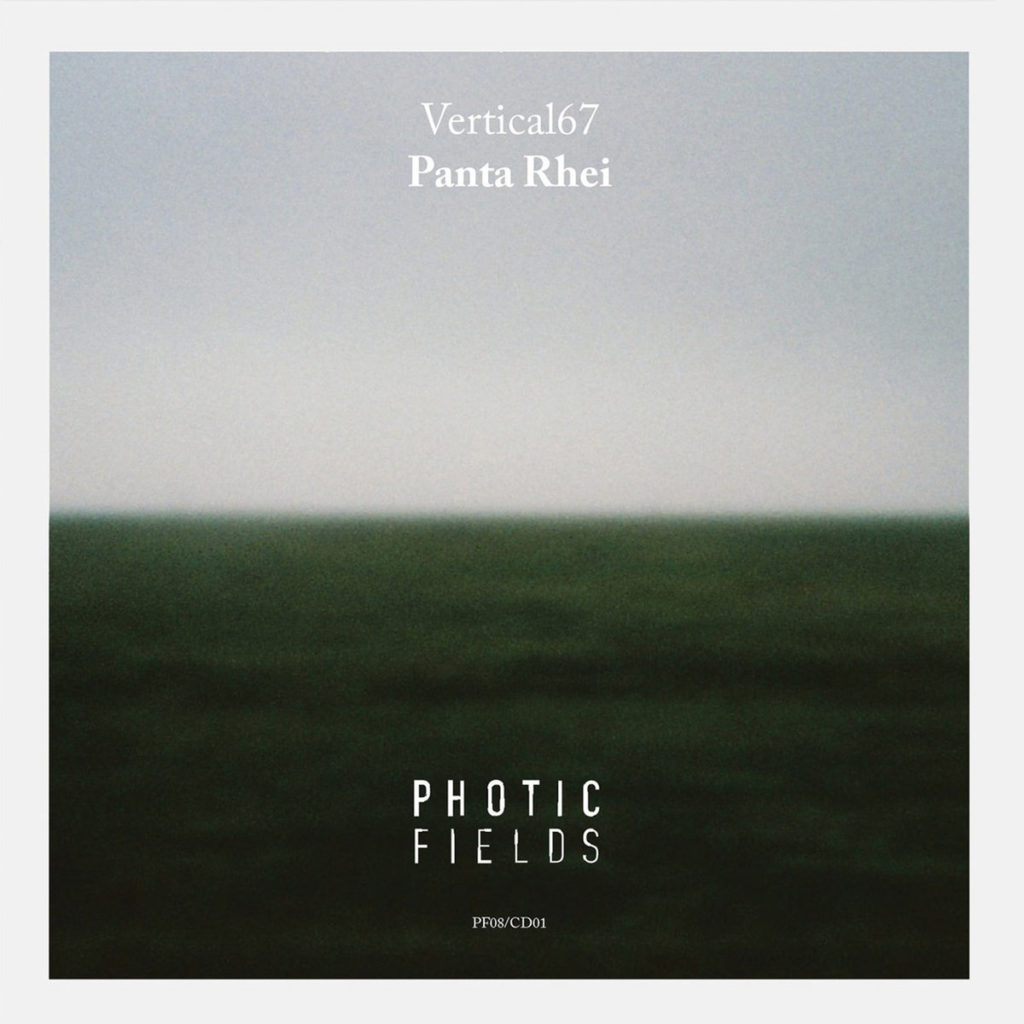